A Time to Blog…

Over the past little while, I’ve been accumulating my vintage computer collection. While I say, “I think I’m almost done”, I know of at least one more computer that I have to acquire but I am definitely slowing down.

I have managed to collect computers in various eras. I started in the early to mid 80’s with the Commodore 64 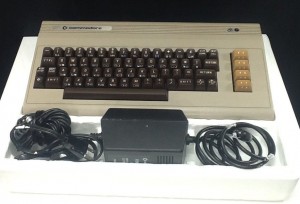 While I was never an Apple computer user,  I did start to collect Apple products from the Apple II, Apple Lisa and Macintosh 128k up to the Cube and even some vintage memorabilia.  The Cube got me interested in the NeXT Cube and a couple of other models.

No collection would be complete without some examples from the IBM PC to Atari and Amiga computers. 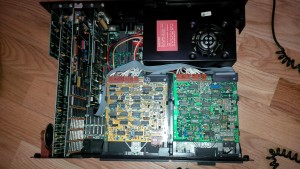 My first “real” computer was an IBM PC AT with EGA graphics and a couple of hard drives.  Sadly, I passed that and my other older computers onto relatives who then discarded them as they upgraded. 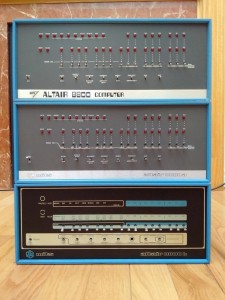 after that, a Processor Technology Sol-20 for a decent price locally.   I fell in love with S-100 computers at that point.  I now have examples of Altair, IMSAI, Vector Graphic and Polymorphic computers that are either operational or are future restoration projects.  The history around these computers are fascinating.

I did manage to get a few computers while collecting so I’ll be listing them soon and talking about some of the restorations.  I am very happy to share them and highlight their contribution to what we have today in modern computing.