This CPU-8 computer from “CPU Systems” was a kit based on a Fairchild F8 microprocessor.  This kit included the 3851 Program Storage Unit that contains FAIRBUG, a monitor program, and the 3853 SRAM controller.  Unfortunately, this set up is missing a 4k memory card but the documentation that came with it includes schematics and enough information to recreate one.

Wikipedia has some great information on the Fairchild F8 and supporting chips here.

This is a link to the documentation that I received with the computer kit.

From the pictures below,  the expansion card slots provide capabilities that are greater than the the Fairchild F8 Design Evaluation Kit 1 that was originally made available to engineers for evaluation.  The Fairchild F8 architecture spawned off later packaged systems including the Fairchild Channel F game console and the VideoBrain Family Computer from Umtech. 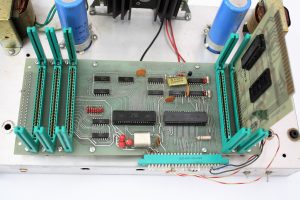 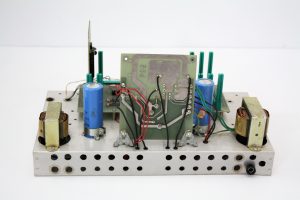 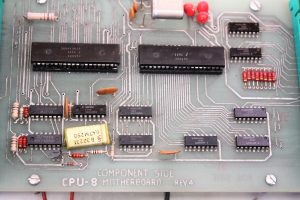 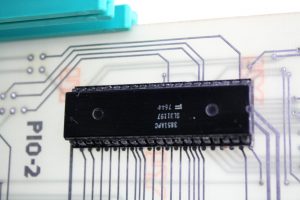 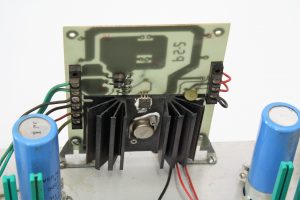