I was able to acquire an IBM 7690 Nursing Station computer terminal from a friend that had two.  Both are in the same condition in that they do not boot up properly.  The battery has long been discharged and I believe I need the IBM PS/2 Reference disk for this model but this is a very rare model.  It was first manufactured as part of a field trial for nursing terminals that would connect to a central server and essentially act as a terminal.

It’s orientation was that it would be hung on the wall at a reasonable height so that medical staff could unfold the keyboard, adjust the monitor and then use them.  When done, they would fold neatly back in place.  The long portion of the back is where the actual PS/2 computer is.  It has several slots but being a dedicated terminal, only one slot was used that included a card that covered the video, keyboard and communication back to the server.  The computer has no hard drive and a hidden compartment for a single floppy drive.

Sadly, this computer does not have any software so I don’t have the reference disk which I believe is like the other PS/2 models of the era.  They had a reference disk that would be required to set the time and any hardware parameters required for things like hard disk drives.  This computers monitor works fine but the attached keyboard produces a “301 Keyboard Error” along with the “Set Date and Time” error.  I’ve personally tried a PS/2 Model 25, PS/2 MOdel 30 and even a 5140 PC Convertible reference disk (you will note that the keyboard is that of the 5140).

Anyway, here are some pictures.  If you happen to know how I can get this operational, I would greatly appreciate a comment. 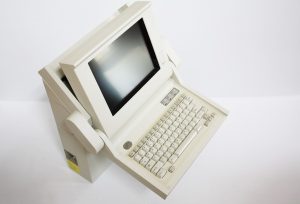 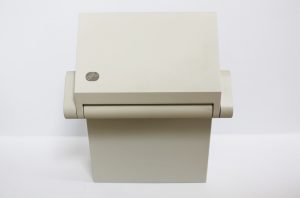 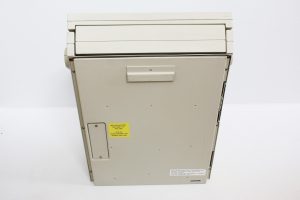 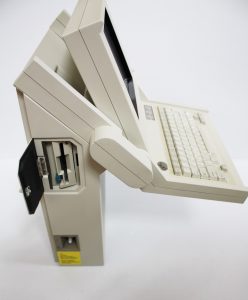 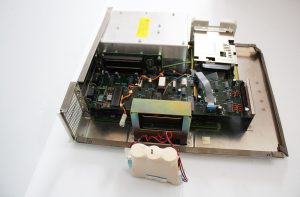 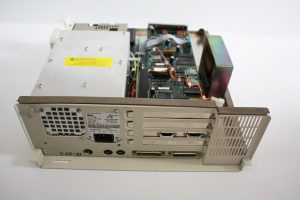 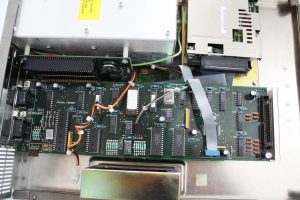 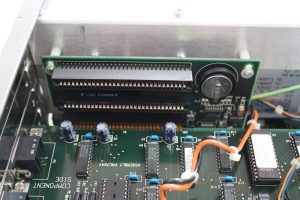 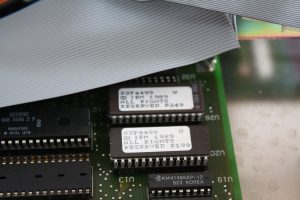 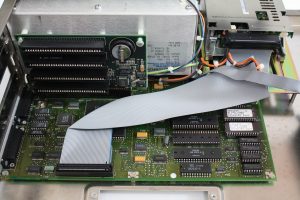