I found an IBM Model M key cap set on eBay that looked rather interesting.  It included both uppercase characters (as is the norm) but it also included lower case characters on the same key cap.  There were also some keys that appear to have Spanish characters.  I purchased them and started to ask about their origin and if other key caps sets were for sale.  On a Deskthority thread that I started, XMIT pointed out that these were Space Saver Keyboard (SSK) key caps because of where the numbers were printed for the SSK’s numeric keypad function.  That made it even more interesting.

Sadly, I still don’t know much about these key caps.  If you have any information, I’d appreciate a comment.  The IBM part number, as written bellow the bar code on the box, is 1393957.  The box has a copyright date of 1986 but I’m not sure when these were manufactured.  Any help is much appreciated.

Here are some pics: 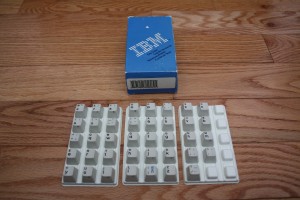 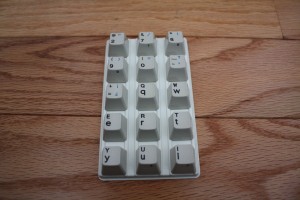 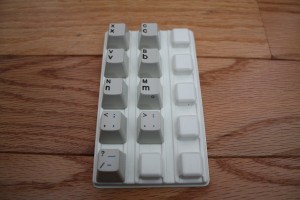 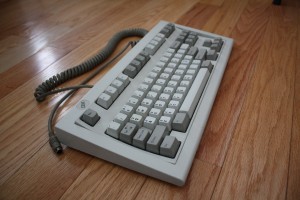