This is an Apple Djinn.

The Apple Djinn was a product jointly produced by Apple and France Telecom to provide services via France’s Minitel.  This particular unit was actually located in the United States and was found in a box of miscellaneous items that I bought on eBay (I needed a couple of keyboard cables and a mouse in the lot).   I had no idea what it was.

The Telstar power supply (used on old Telstar video game consoles) was also in the box and it fit the Apple Djinn perfectly (and would fit nothing else in the box) so I powered it up.  It lights up but I don’t know if it works as I don’t have any software for it.

Since it’s design bears a striking resemblance to the Macintosh Color Classic, I’ve taken a couple of pictures side-by-side.  It does look “cute” next to it. 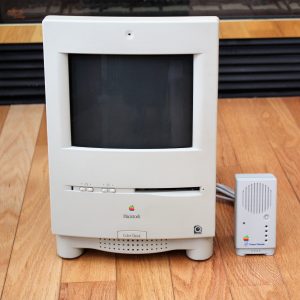 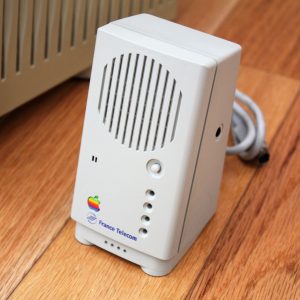 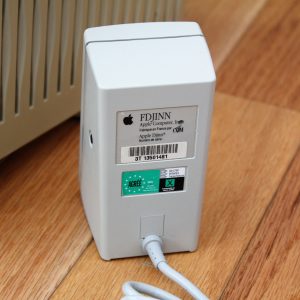 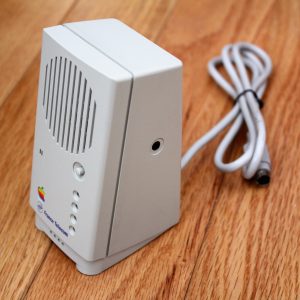 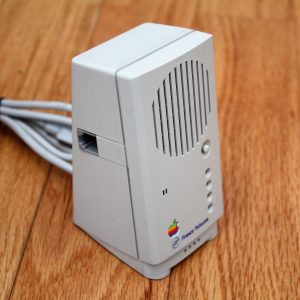 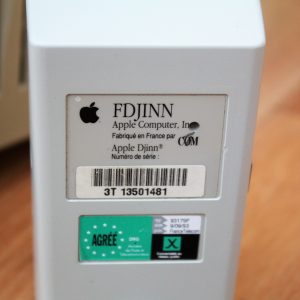 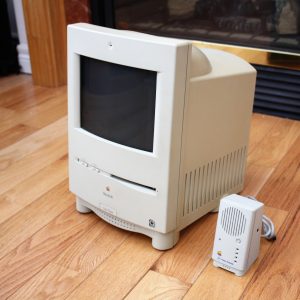 Apple Djinn - side next to Color Classic