I recently acquired an Intelligent Systems Corp (ISC) Intecolor 3600 Series desktop computer recently from someone who used to work at ISC.  Wikipedia calls it the successor to the COMPUCOLOR II. Unfortunately,  it is inoperable as I have not been able to get anything on screen.  When I acquire a computer, especially one that was untested due to the power cord missing, I perform a routine inspection and cleaning.  I did go over the motherboard and all internal parts as carefully as possible but could not find an immediately identifiable issue.  Because of the design of the cabinet, it’s very difficult to troubleshoot as one needs to take it apart each time to access the motherboard and the analog/CRT section is very cramped.  I did take some pictures and captured the DISK BASIC V9.80 ROMs.  Pictures are below.

The specific model number is based on the configuration.  I believe this to be the Intecolor 3651 model because it has a single internal disk drive.  All-in-all, this is a full desktop color computer (as opposed to  a dedicated terminal) from 1979.  The Intecolor 3651 is based on an Intel 8080 CPU and has a 13″ color screen that can display 32 lines by 64 characters and can plot graphics on a 128 x 128 grid.  During that era, there were not many color computers.  The Intecolor has a series of different optional keyboards.  This particular model sports a 117 key full featured top-of-the-line keyboard and an internal  5.25″ single sided disk drive that can store 90K of data.  Intecolor also made color terminals.   This particular model is a full fledged computer that also has a built-in terminal mode. 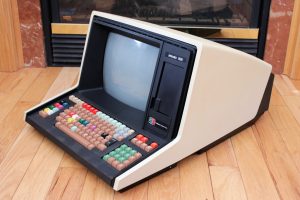 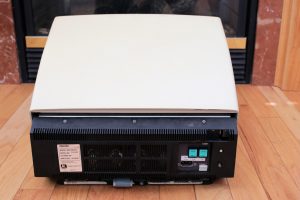 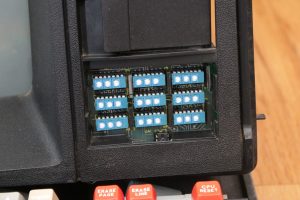 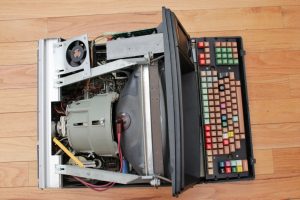 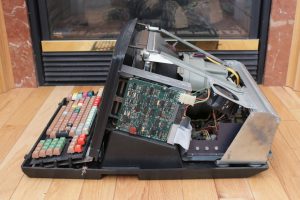 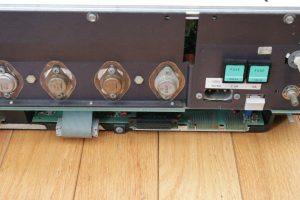 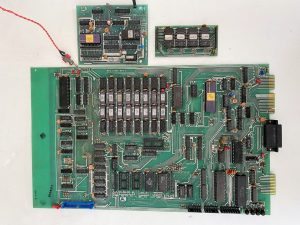 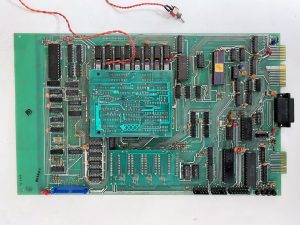