Some time back I acquired a Total Microcomputer Model 4000 computer.  It was stated to be similar to a 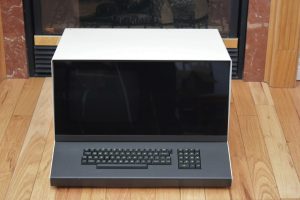 Sphere 1 computer when I got it but I could not be sure.  As noted in the pictures below, it has a rear label that states it’s a Total Microcomputer Model 4000 made by Inex Inc.  There’s nothing related to Sphere Corporation.

The exterior sort of looked like an original Sphere 1 from pictures I had seen but there are very little internal pics of a Sphere 1 computer.  I had found two images of CPU boards on the Internet and while not exactly the same, the the CPU/1 board from the Sphere 1 and the CPU/5 board from my Total 4000 were very similar.  Mine has two ribbon cable connectors used as a makeshift power/data bus while the original Sphere 1 looks like the interconnect cables were connected via 4 or five IC sockets on each of the boards.  I’ve seen this in multi S100 board sets like the Cromemco Dazzler but it was just two boards.  I believe the original Sphere 1 had four or five boards so interconnects via multiple sockets would have introduced instability.

I still am unsure of the exact details but the boards in my Total 4000 may be Sphere 500 boards.  The Sphere 500 was the next generation of computer that was never released.  Sphere Corporation may have run into financial problems by that time and Inex Inc attempted to continued the development beyond Sphere.

All of my boards have a “/5” revision ie. CPU/5, MEM/5, PIM/5 etc. that could possibly indicate the tie to the Sphere 500.  From further information I’ve been able to gather, the Total 4000 also never made it to production.  In fact, from the state of this computer, it appears that it was not even finished.  It is unclear if the blue perf boards were created during the Inex development or if they were later added by a hobbyist who tried to further develop the platform.  As far as I am aware, there are no schematics or technical documents for this computer so it would have been very difficult to do.  There is a set of DOS ROMs but on power up, the computer displays a monitor prompt.  I’ve only been able to figure out four single key monitor commands but even those I have not yet figured out what they all do.

I do have to look into an issue with the CRT.  If I increase the brightness, the screen distorts in that the characters get bigger and the lines curve,  I’m not sure if it’s a power supply issue (not powerful enough) or if it’s a capacitor issue but I will be looking into it.

As far as I am aware,  there was never any software developed for this computer.  There were also no peripherals when I got the computer and as I have learned, disk drives may not have ever existed.  There may have been a total of 50 of these computers made.  It’s more likely it was a smaller number than that and this is the only one known to still exist.

I will be doing some further work on this.  It is definitely the last iteration of the Sphere computer.  Further information about Sphere and the Sphere 1 computer can be found on Wikipedia here:  https://en.wikipedia.org/wiki/Sphere_1.   I have found further references as follows:

1. In an IEEE Spectrum publication for November 1977, there was a “Hardware Review” section for various products that you could request information/reviews for via mail.  One is:
“Designed for use in stand-alone applications, a microcomputer system consists of a M6800 processor with up to 52k bytes of random-access memory, 80-by 25 character display monitor, matrix line printer, and a dual floppy disk, Inex, Inc”
2. The Programma Sphere Newsletter for June 1977 talked about the demise of Sphere Corporation and had this section:
“WILL ANY OTHER COMPANY BUY OUT SPHERE CORPORATION?
At the time of writing this document, we have learned that
the receiver has sold the right to manufacture Sphere systems
to another company. We understand that a license to manufacture
these systems can be obtained for $20,000; however, we are not
too sure about this figure.”
While I though the company that had acquired the “right to manufacture Sphere systems” was Inex, Inc. I’ve learned that this article may not have been accurate but it does illustrate the state of the Sphere company In June 1977.  The boards in the Total 4000 are dated from late 1977 so they may have originated at Sphere Corp.
Below are pictures of the Total 4000 computer.  I guess one could call it the Sphere 500 as well. 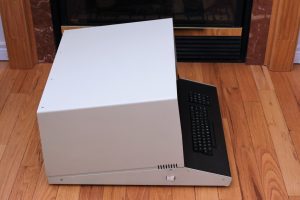 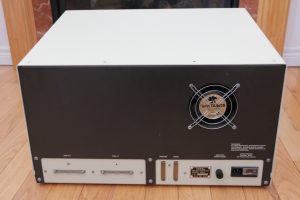 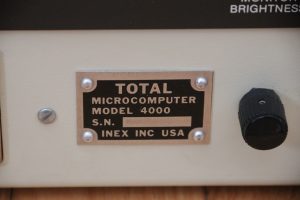 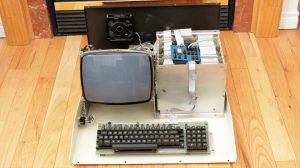 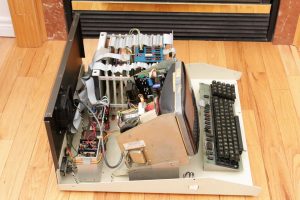 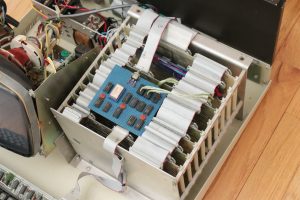 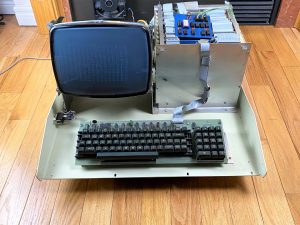 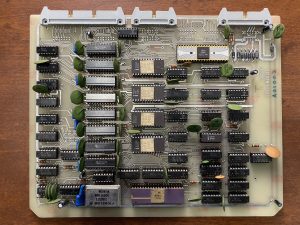 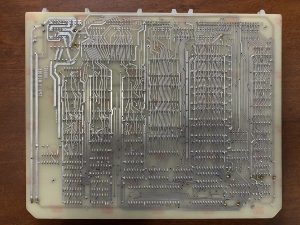 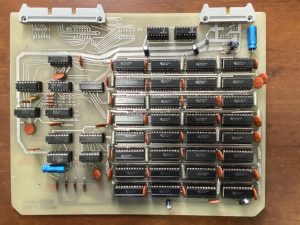 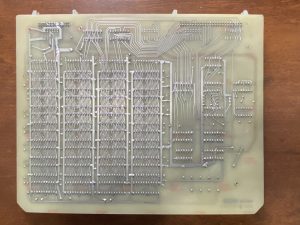 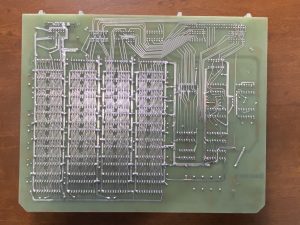 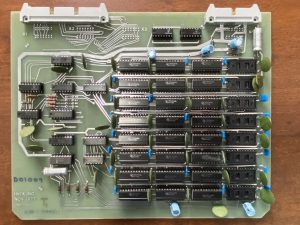 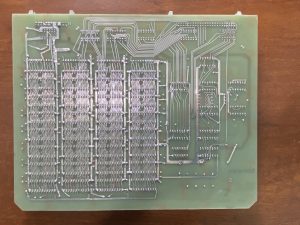 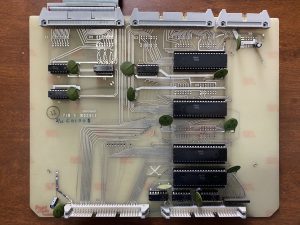 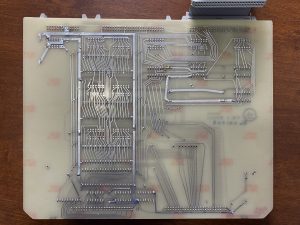 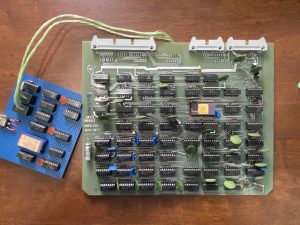 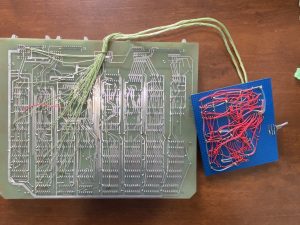 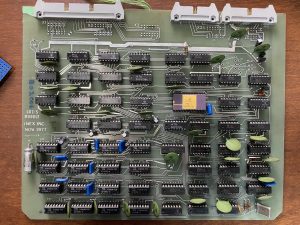 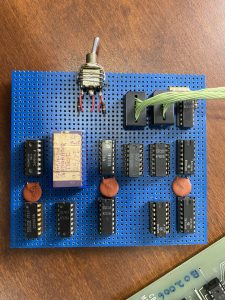 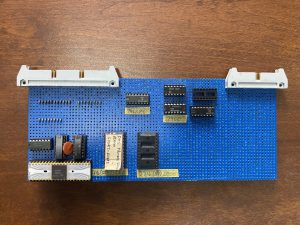 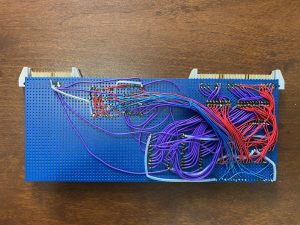