Below are pictures of an internal engineering model for the ill-fated Amiga CD1200.  This was to be an add-on CD peripheral for the Amiga 1200 with later working prototypes in white.  The CD1200 was reported to be one of the last projects that Commodore was working on before they went into bankruptcy and closed their doors.

This engineering sample likely escaped from the Westchester PA plant and was cut from an Amiga CD32 and hand built to show what the external body of the CD1200.  Close ups show that where the CD32 power button was, it had been filled in and built up.  It was finally painted to match the CD32 lid.  The CD32 lid on the body is a normal CD32 that I had spare.  The shell looks much better with the lid that would likely have been a normal lid taken from production by an engineer to show what the CD1200 would look like.

This prototype has no internal circuitry or bottom.  I would have liked to put in a spare CD32 drive mechanism to show what it would look like but the screw posts have been removed from the prototype so it could not be mounted.  I was fortunate to find this item in an Amiga memorabilia and parts lot as this is one-of-a-kind.

Here are some pictures. 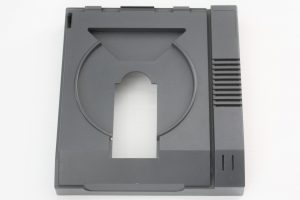 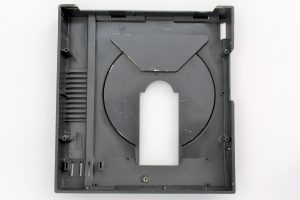 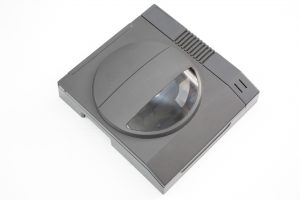 Amiga CD1200 with lid left side 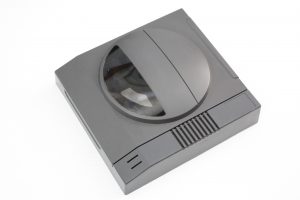 Amiga CD1200 with lid right side

Additional close-up pictures of the construction.