Attached are pictures of a recent acquisition; the Jupiter Ace 4000. This is the North American version of the Jupiter Ace, a small home computer from the early 80’s produced by Jupiter Cantab.  The British company was formed by Richard Altwasser and Steven Vickers who were both members of the original design team for the Sinclair ZX Spectrum.  The most distinguishing feature among many computers of the era was that it offered Forth as a base language and not the usual BASIC that was the popular flavor of the day. 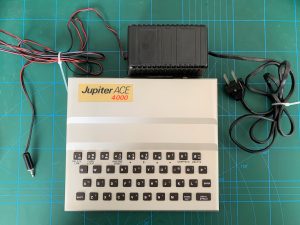 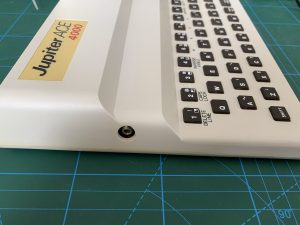 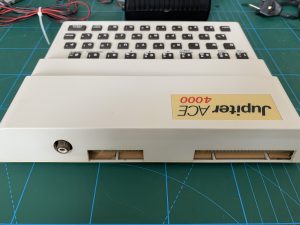 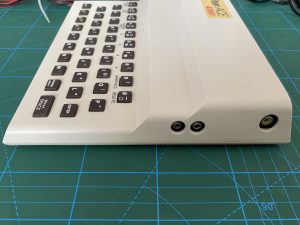 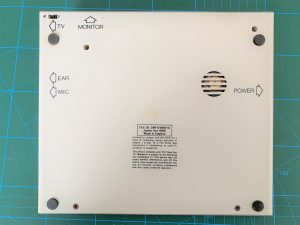 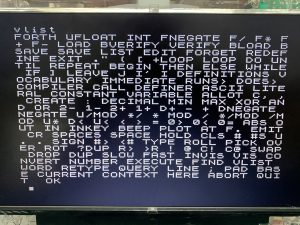 According to http://www.jupiter-ace.co.uk/ace4000.html  the differences between the normal Jupiter Ace and the Jupiter Ace 4000 is quoted as follows:

The Ace 4000 has a different PCB design, issue 3, similar to the issue 1 and 2 with some extra modifications added to the PCB. The specification is the same as issue 1 and 2 Ace’s. An extra output socket for the monitor signal. On the bottom of the case there is a small slide switch to select the VHF TV channel 3 or 4. A ROM-Deselect feature signal is available on the edge connector, which means that the standard Ace ROM’s could be switch out and external ROM’s added.

The case is also different, being stronger, injection moulded instead of the yoghurt pot type of case the issue 1 has. The speaker / buzzer can also be seen though the grill, as it’s mounted on the bottom of the PCB. The Ace 4000 was destined for the USA market, probably because of the positive review FORTH received in the USA magazine BYTE in 1980’s

Below are some pictures of the inside of the Jupiter Ace 4000.  You can certainly see some of the modifications made. 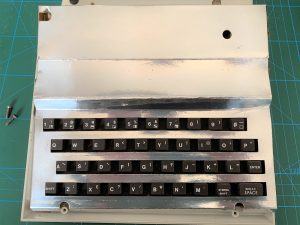 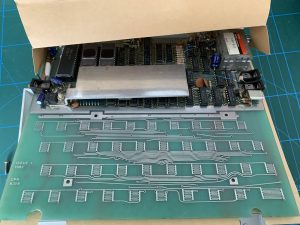 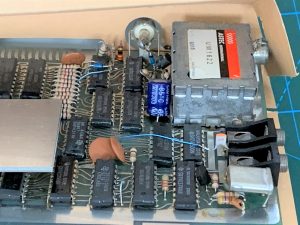 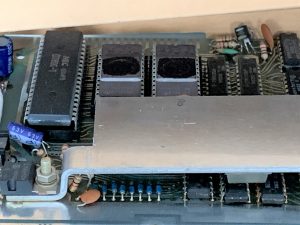 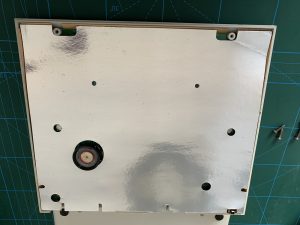 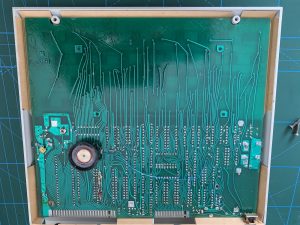